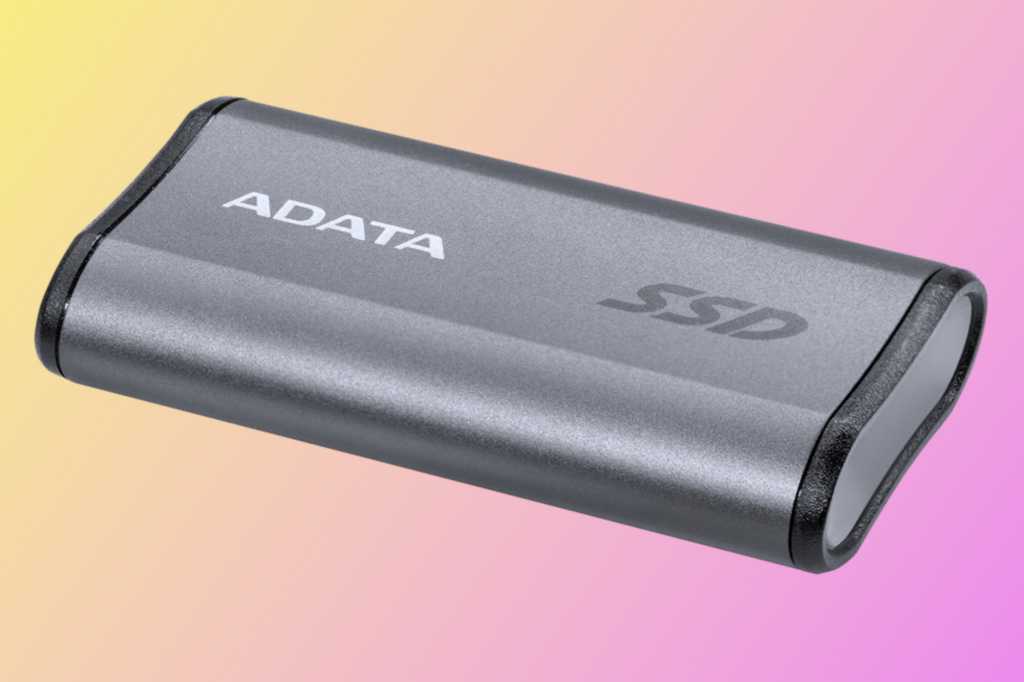 If you’re looking for a super small, fast, and affordable portable SSD for everyday light use, there’s nothing better than the Adata Elite SE880. Video pros should look elsewhere though due to slow long writes.

No external SSD we’ve seen can match Adata’s Elite SE880 for portability. Indeed, it’s more the size of a USB thumb drive than the larger rectangle that describes most external SSDs. The SE880 is also very fast at everyday tasks—aces with our smaller 48GB data set and the synthetic benchmarks.

This review is part of our ongoing roundup of the best external drives. Go there for information on competing products and how we tested them.

Available in 500GB and 1TB capacities ($79 and $129, respectively), the titanium gray and black SE880 measures a mere 2.55 inches long, 1.38-inches wide, and just 0.48-inches thick. It weighs only 1.1 ounces and virtually disappears in your pocket. Adata ships the drive with both a Type-C to Type-C and a Type-A to Type-C cable to cover both USB-connection scenarios.

The SE880 uses TLC NAND memory and has a SuperSpeed 20Gbps interface, aka a USB 3.2 Gen 2×2 drive. That means it’s capable of around 2GBps transfers when attached to the appropriate 20Gbps port. 3.2 2×2 ports aren’t common, but USB4/Thunderbolt also supports 20Gbps if you happen to have one those. This should be welcome news to Apple silicon users (who have T4/USB4 ports), as they can get Thunderbolt-like performance at a significantly lower price point.

Adata warranties the Elite SE880 for five years, or 300 terabytes written (TBW) per 500GB of capacity. That’s not an amazing TBW rating, but few users will ever even write that much data. If you expect to, you’ll either need to spend more for a different drive or take your chances.

With the exception of our 450GB write test, the SE880 proved an exceptional performer, outpacing the excellent WD Black P50 gaming SSD shown in the charts below. The SE880 managed well over 2GBps reading and nearly 1.9GBps writing on CrystalDiskMark 8. Note that the WD is a 2TB drive with more cache to play with. 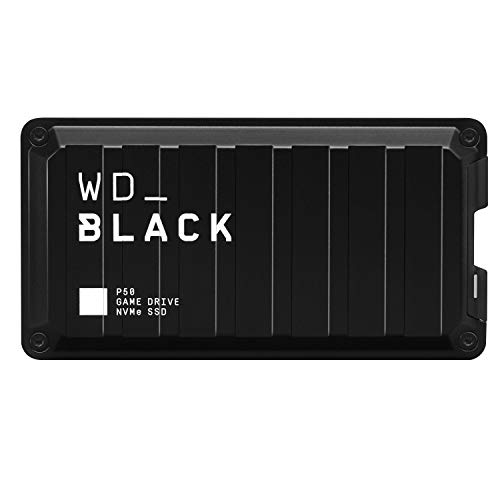 The T7 Shield is a 10Gbps USB drive, but we included it to illustrate the difference between the two USB flavors. And, unfortunately, to also show slow the Adata was with the 450GB write.

Where the Elite SE880 really excelled was in our real-world 48GB transfer tests. Note that these are new numbers for all three drives garnered on our PCIe 4 testbed.

Where the SE880 loses out big time is in long contiguous writes such as the 450GB image file we test with. The idea behind this test is to show where secondary cache runs out. That is the 50GB mark with the SE880, where the write speed dropped precipitously from around 900MBps to vacillate between approximately 135MBps to 425MBps. In other words, writing natively (the full three bits) to the TLC cells was a comparatively slow process.

You can see the phenomenon below. It’s a rather early drop as such things go. Again, our test SE880 was 1TB, while the WD and Samsung were both 2TB drives. Having 2TB means that quite a bit more NAND is available for use as secondary cache (MLC/TLC/QLC written as SLC).

For everyday work and the average user, the SE880’s performance is great. But it’s not the best choice if you routinely write large amounts of data to your external storage.

Excellent for the average user

The Adata Elite SE880 is a heck of a bargain for the average user, and, for a fact, it won’t weigh you down or unduly burden your wallet. Pros writing large amounts of data continuously, however, should look for something with better sustained write performance.

Samsung Galaxy A53 problems and how to fix them