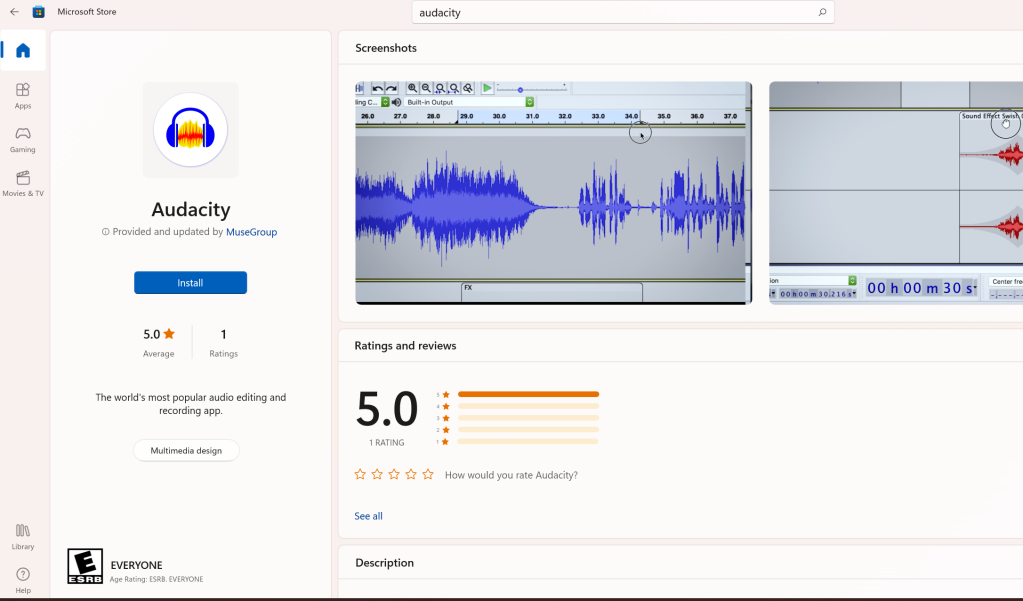 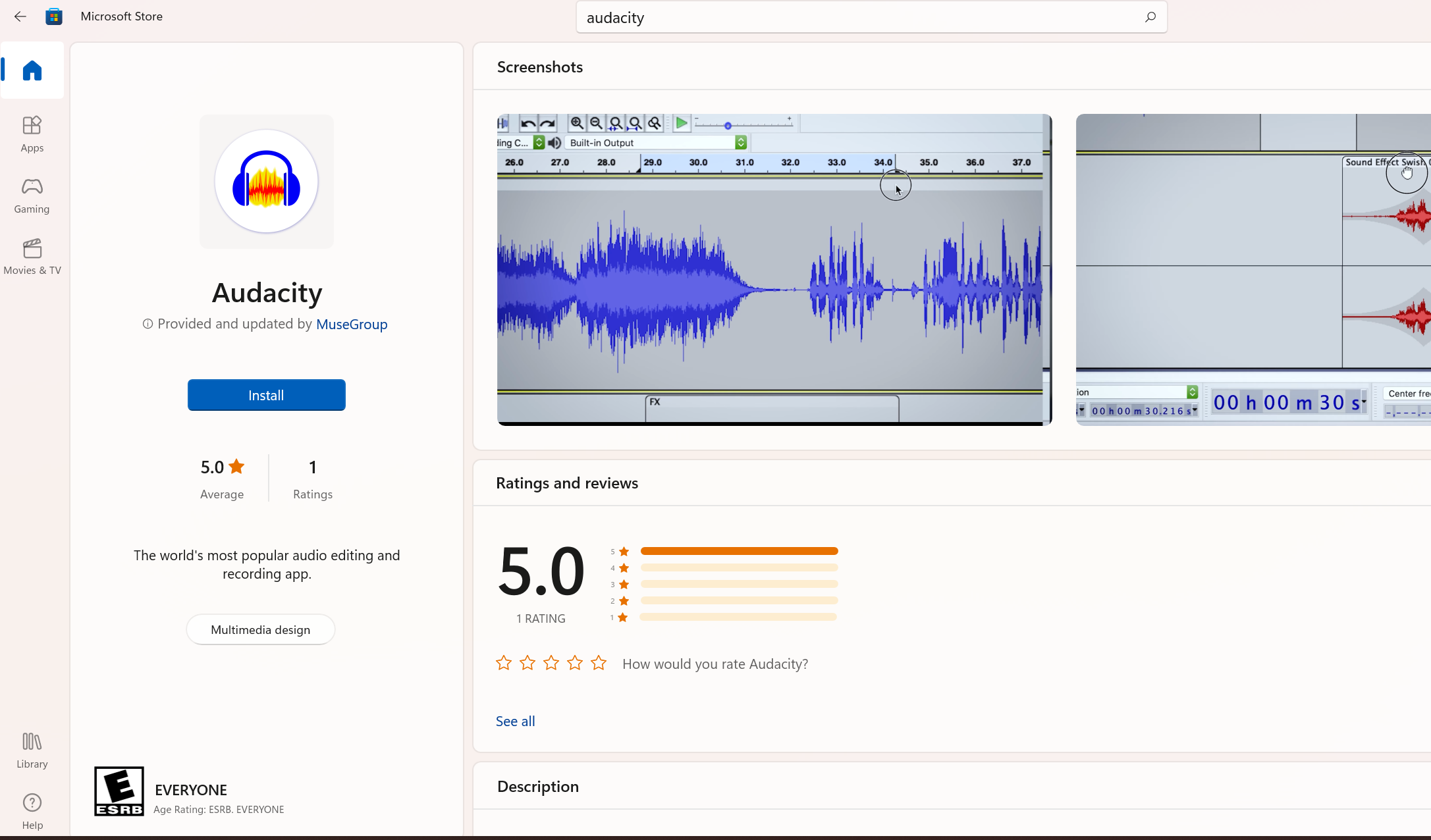 At press time, there are approximately six apps on the Microsoft Store all claiming to be the iconic audio editor, Audacity. As of today, however, there is only one authentic version.

“Due to the ludicrous number of fake ‘Audacity’s on the Microsoft store, which charge users for non-functional or very limited applications, I’ve now (finally) taken the name back and have published the proper, free version for the first time,” Keary tweeted.

The version listed on the Store app says that it is “developed by the Muse Group & the Audacity Open Source Community,” which is the lead developer of the software according to Audacity’s “about,” or credits page. It’s somewhat of a wonder, then, that three of the versions listed on the Microsoft Store charge for the privilege, specifically $4.99 a pop, when the software was released as open-source software in May 2000.

Longtime users of Microsoft’s storefront know that the Store app suffers from a lack of apps, but also knockoffs that can dilute the value of the original—if it’s even there. Keary was apparently fed up enough that he took action, and the Store is better for it.

If you’re still not sure whether you’re downloading the correct version, however, you can always go straight to Audacity’s download page and get the latest version yourself, in either a 32-bit or 64-bit version for Windows. Audacity 3.1.3 was released last December, with up to 50 percent performance improvements compared to the previous version.

Deal: Get a 6-month Starz subscription for just $3 a month