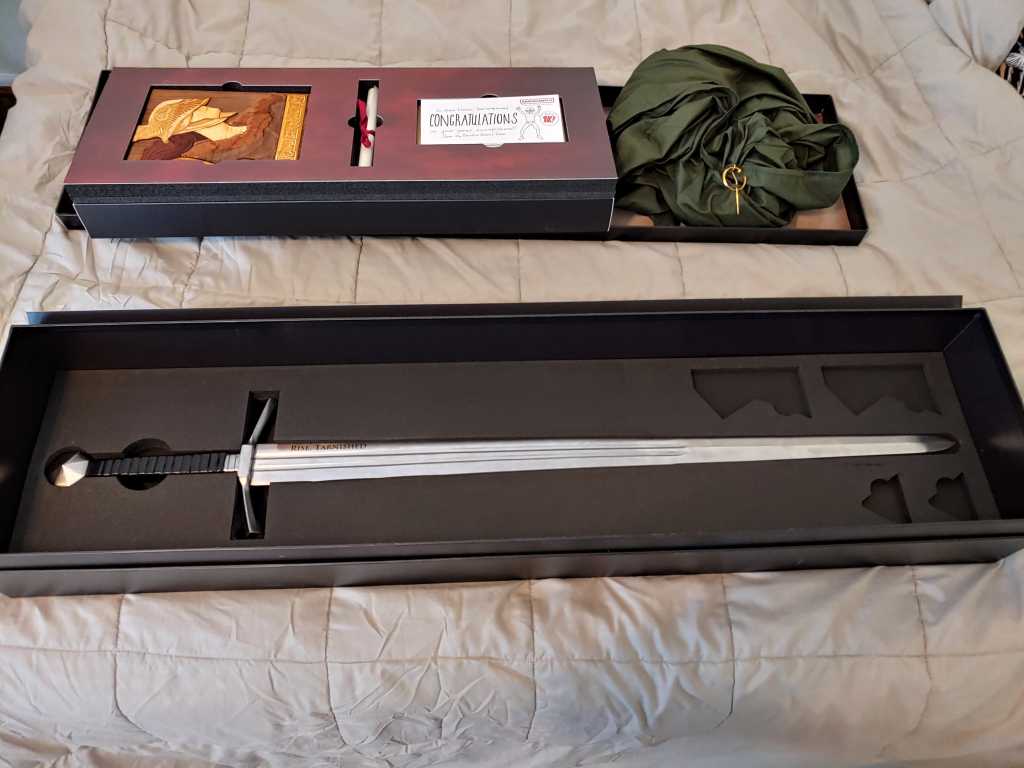 The community that grows up around From Software games is something to behold, and there’s no better example than legendary Elden Ring player Let Me Solo Her. This semi-anonymous giant slayer has killed rage-inducing boss Malenia, Blade of Miquella for other players over 1000 times, wielding their distinctive twin katanas, pot helmet, and loincloth. Publisher Bandai Namco decided to recognize their achievements in a uniquely tangible way: by giving them a real sword.

The player, who goes by @TsuboiKlein on Twitter, showed off the bit of custom swag for the world to see. The European-style sword came in a one-of-a-kind presentation box, complete with a display stand, world map, a woodcut of the Malenia boss, and an inscription of “Rise, Tarnished” on the blade. Presumably they’ll use their new weapon to dodge-roll around some kind of impossible challenge in the real world, like inescapable climate change or the forces of universal entropy.

Let Me Solo Her has been immortalized in the fan community in the brief time since Elden Ring was released, with a truly incredible amount of mildly NSFW fanart and cosplay of the helpful boss-killer appearing on the web. Modders have even made AI duplicates of Let Me Solo Her, if you haven’t been lucky enough to encounter them in the game itself.