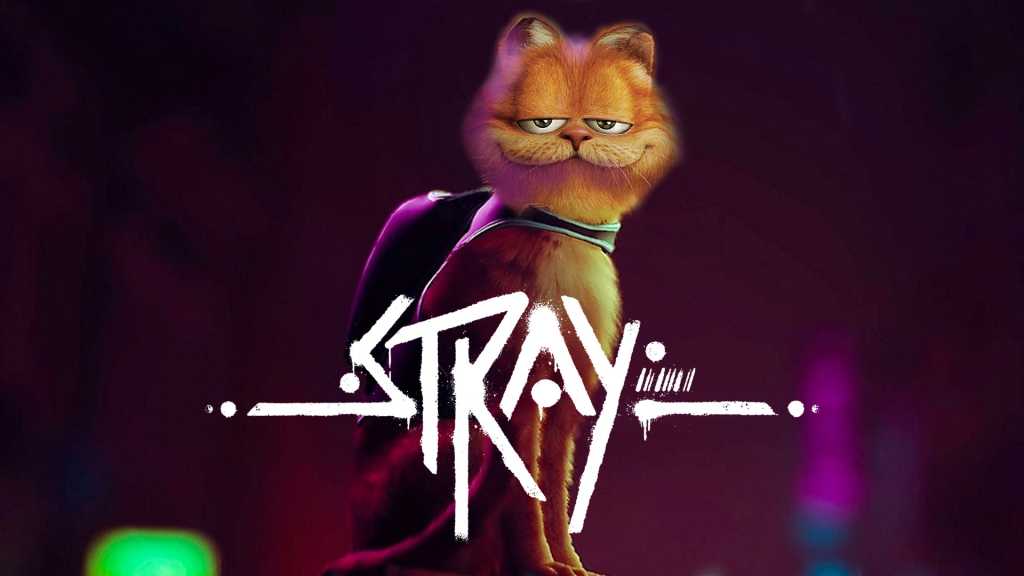 Stray is the current indie darling of the game industry, a title in which you play the titular cat navigating a fascinating post-human world. PCWorld senior editor Alaina Yee already shared her thoughts on the unique cat tale (which is apparently disappointingly low on realistic grooming action). But what if you want to play not as a random stray roaming the cyperpunk streets, but as someone a little more recognizable? A little more licensed? A little more…lazy?

As they’re wont to do, PC gamers have quickly taken to the task of modding Stray. And you don’t get any points for guessing which celebrity cat is the first to make its way into the game. Garfield, feline ginger gastronome and unstoppable juggernaut of the Sunday funny papers for nearly 50 years, is now playable via a user mod. You can head on over to Nexus Mods to download and install it for the PC version: it’s a simple one-file replacement. You might want to grab it now — this is the kind of thing that tends to attract cease and desist orders like a portly cat to lasagna.

Surprisingly, Garfield has a long (if not exactly celebrated) history in gaming. He’s appeared in more than a dozen titles over the years according to Wikipedia, most recently as a portly combatant in the Smash Bros-style fighting game Nickelodeon All-Star Brawl. Garfield Kart got a brief bit of memetic coverage a few years ago, and Garfield’s long history and internet staying power has resulted in some truly odd fan art.

But back to Stray: doesn’t this kind of a mod indicate that there’s player interest in playing as more recognizable cats? Could an official Garfield DLC be in the works? What about Heathcliff, Tom (as in and Jerry), or Data’s cat Spot from The Next Generation? Surely he’s already got the sci-fi pedigree.

Poll: When do you charge your wearable?