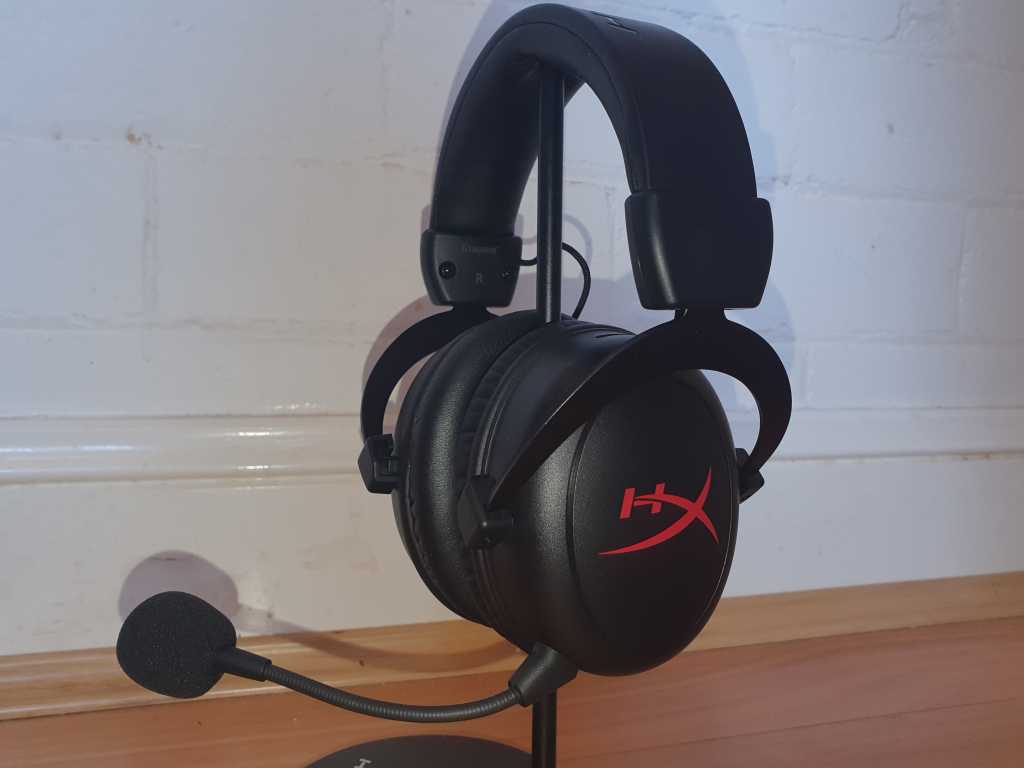 The HyperX Cloud Core Wireless hits all the right notes for sound quality, comfort and affordability.

A gift is infinitely better than a promise, and unlike some headsets that manufacturers promise will do it all, the HyperX Cloud Wireless actually delivers, staying on point for audio quality, style and comfort. It’s also one of the most compact gaming headsets, removing the hassle of trying to wrangle it into a full satchel or backpack.

By focusing on things that matter most to gamers without worrying about dedicated software support, “no-fuss gaming audio” could be the headset’s motto. Admittedly, that may not suit EQ tinkerers who want to fine-tune everything. But for those who want a wireless option with quick connectivity and excellent spatial audio, the HyperX Cloud Core Wireless is exactly that.

It’s usually a good sign when new headsets appear like favorites we know and love. The HyperX Cloud Core Wireless is a case in point, looking almost exactly like the HyperX Cloud II Wireless headset, except for the latter’s flashy red earcup holders and striated black and red headband.

Comparing both devices, I much prefer the Cloud Core’s mostly black exterior styling, the only coloring being its red HyperX logos on each earcups, since it sports a cleaner, tidier look. Besides that, the more muted styling allows the Cloud Core Wireless to seamlessly double as a headphone once the detachable boom mic is pulled off, so it’s a little more versatile.

Bulky headsets are cumbersome and often cause pain and discomfort for gamers, but there’s no unnecessary cargo weighing down the HyperX Cloud Core or putting undue pressure on your head or ears. Picking it up, it’s immediately apparent that it’s a lightweight in the category – the whole unit weighing just 10.4 ounces which is a fait accompli of its lightweight aluminum frame.

Speaking of which, the frame feels sturdy everywhere – immeasurably more than the (far pricier) Razer Barracuda Pro’s mostly plastic headband. It also provides plenty of flex. I could easily pull the earcups apart until the headband was lying completely flat; upon releasing it the headset then just returned to its original position. This hardiness isn’t that surprising considering the likes of the Cloud Alpha and the Cloud II Wireless, but for its $99 price tag, it’s a triumph worth celebrating.

HyperX have also done a superb job keeping the size concise, despite the sizes of traditional over-the-ear gaming headsets creeping upwards this year. In fact, it’s so tightly made that with the headband packed down, it measures a mere 7.5 inches from top to bottom. Unsurprisingly, it’s dwarfed by rival headsets like the Razer Barracuda Pro or the SteelSeries Arctis Nova Pro, but everything you need is still at your fingertips – earcups, headband and padding. It doesn’t compromise on sound quality either.

Reaching up above your ears, the headband’s circular metal earcup holders feel extremely tactile and provide plenty of horizontal movement for the cups. However, be warned: you’ll want to keep your appendages away from these when clamping the set down on your ears, since they can sometimes be finger traps.

If your ears are accustomed to luxury, they’ll find an equally plush experience here. The Cloud Core Wireless’ earcups are doughy and soft, feeling remarkably smooth. They sport HyperX’s signature memory foam over a leatherette material that seems identical to what you’ll find in headsets that cost upwards of $250.

Like the whole unit, the cups are also quite compact, but they’ll fit snugly over all but the very largest of ears. The top of your head is also cozy thanks to more leatherette padding beneath the top band – another nice touch that pays dividends in long gaming sessions.

Although marketed just for PC, it was a pleasant surprise to discover the Cloud Core Wireless is also compatible with Nintendo Switch and PlayStation 5 consoles. Conveniently, you can also find instructions for the latter in the Cloud Core’s Quick Start Guide. We can’t say exactly why HyperX kept mum on console compatibility. Regardless, it’s a welcome feature that saves you from having to purchase separate headsets for your different devices.

Usually I’d go into great detail about the software enhancements that the headset supports but unfortunately for the tinkerers among us, the Cloud Core Wireless doesn’t support HyperX’s Ngenuity software app so there’s no modifying sound settings like volume, EQ levels or checking battery status externally. Is this a big deal? Not really, since there’s no RGB lighting to tweak, and the audio seems perfectly balanced as it is.

Powering the Cloud Core Wireless’s audio are generous 53 mm drivers, which I found to deliver a crisp, natural and full-bodied sound that’s sure to delight gamers. This was beamed via a reliable 2.4GHz Wi-Fi signal that never dropped out or suffered interference. 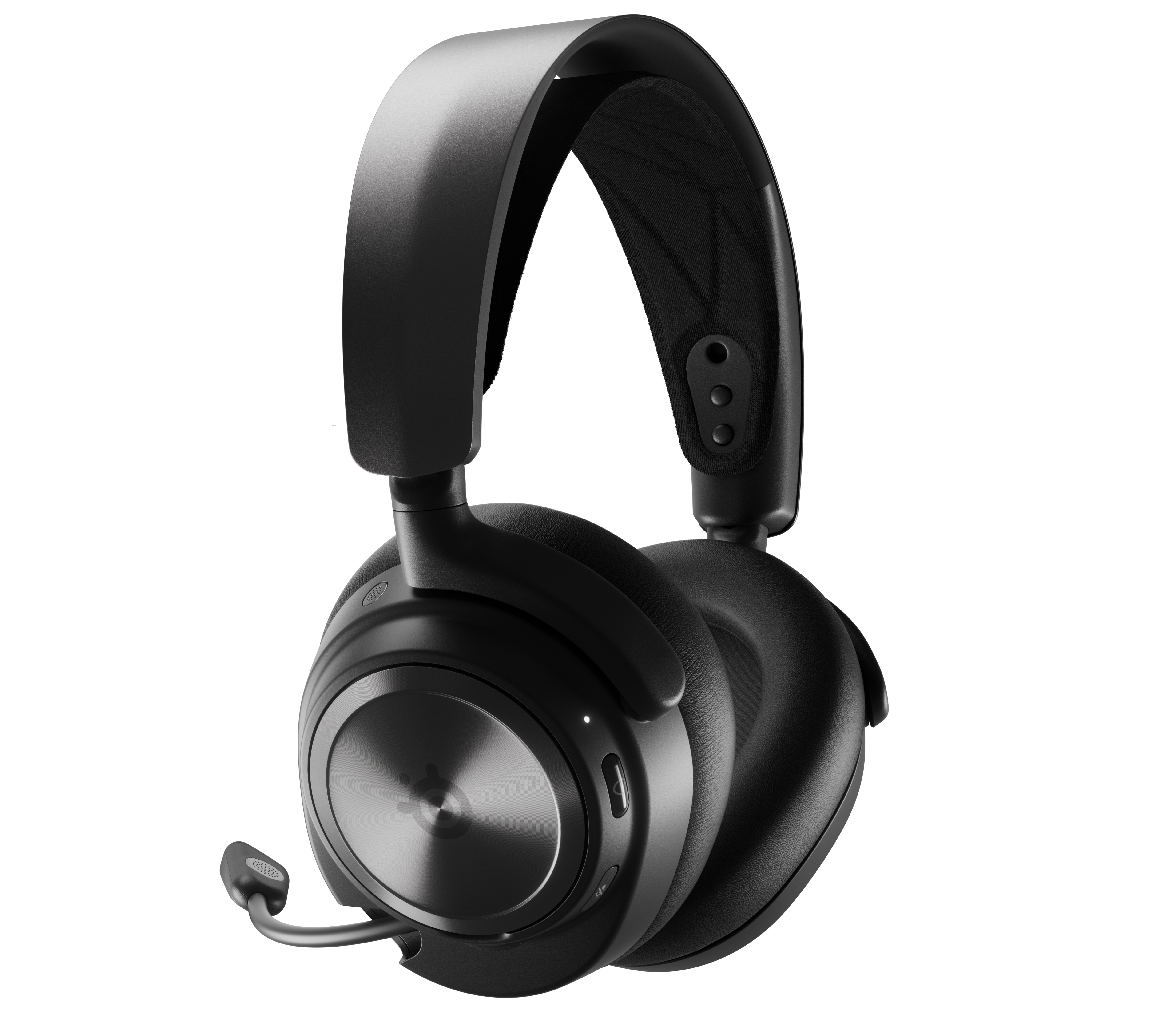 Listening closely to the tonal range in the audio, the bass notes didn’t quite drop down as low as some headsets (like the Massdrop x Sennheiser PC37X or the Arctis Nova Pro Wireless) but they were still deep and commanding. The mids and highs hit the mark exactly as expected, as I found out trialing the headset in Elden Ring’s rich audio environment. Here it produced scintillating tinkling sounds for my Astrologer character’s spells and the mids in the soundtrack sounded warm and rounded when the music become more dramatic in battles.

The guttural grunts of enemies like Mounted Knights were also pronounced and strong. And random environmental sounds, like the patter of raindrops and the hoof beats of the sheep in Limgrave, were brought to life with a clarity that added to the overall game realism.

Moving on to the surround sound experience, the HyperX Cloud Core Wireless headset uses DTS Headphone:X for its spatial audio, which is managed in the third party DTS Sound Unbound app. The app leverages Microsoft Spatial Sound Technology to replicate the experience you’d get when listening to multiple speaker systems, so it gets decent Windows support and it’s easily downloadable via the Microsoft App Store.

DTS Headphone: X is still a relatively new technology, so the list of games that currently support it isn’t huge. However, it’s considered to be one of the best spatial audio technologies currently available thanks to its low audio compression capability, which packs down audio metadata at a ratio of 4:1 – lower than near rival Dolby which compresses to a 12:1 ratio.

I trialed the feature in Metro Exodus and was well impressed by what I heard. DTS delivered immersive sound positioning, while keeping distortion to a minimum. Footfalls, explosions and falling debris sounds were conveyed through 360 degrees, implying the action was all happening around me in real-time rather than in the game itself.

The Sound Unbound app was also easy to use, allowing me to select from among two spatial audio profiles: a default ‘Balanced Mode’ that delivered the most realistic spatial audio experience and a Spacious Mode – that made the spatial audio sound further away.

Although DTS Sound Unbound is not normally a free service, you get two years subscription with your HyperX Cloud Core Wireless purchase and without having to fill out any personal information. After that time you can either choose to make a one off purchase of $29.95 USD to continue using the app, or just let your spatial audio lapse, since it’s not compulsory.

Overall the HyperX Cloud Core’s Wireless sound quality was incredibly impressive. What was most interesting was the range and clarity of the sound achievable without having to tinker with sound enhancement settings, presets or any other settings that I would normally use to get similar results. Considering the headset ships for under $100 that seems extraordinarily good value.

In my voice chats, the HyperX Cloud Core Wireless’s condenser mic did a great job keeping my voice sounding clear and unmuffled. The mic is quite ergonomic too, being both very flexible and with a large boom for dampening sound. It’s also easily detachable, clicking in and out of place with minimal effort.

HyperX claims the mic has noise-cancelling technology and to its credit I never noticed ambient noise becoming an issue in games. The mic’s Discord and TeamSpeak certification made it a cinch to connect up to these apps. It was easily muted via the button on the left earcup too.

The HyperX Cloud Core Wireless delivers a sublime audio experience you’d expect from a more expensive gaming headset, but at a fraction of the price. It’s also highly comfortable, durable and packs down to a convenient and portable size. The supported spatial audio works a dream, arguably providing the most realistic surround sound experience in gaming today. Plus, it’s also cross-compatible with your consoles, preventing you from having to buy multiple headsets.

How long does it take to receive a PayPal refund?