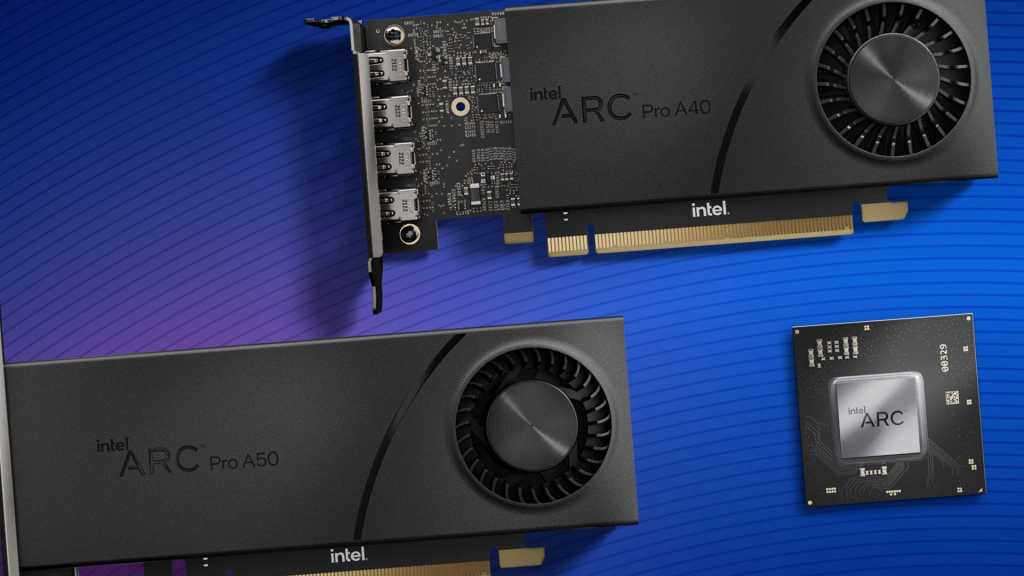 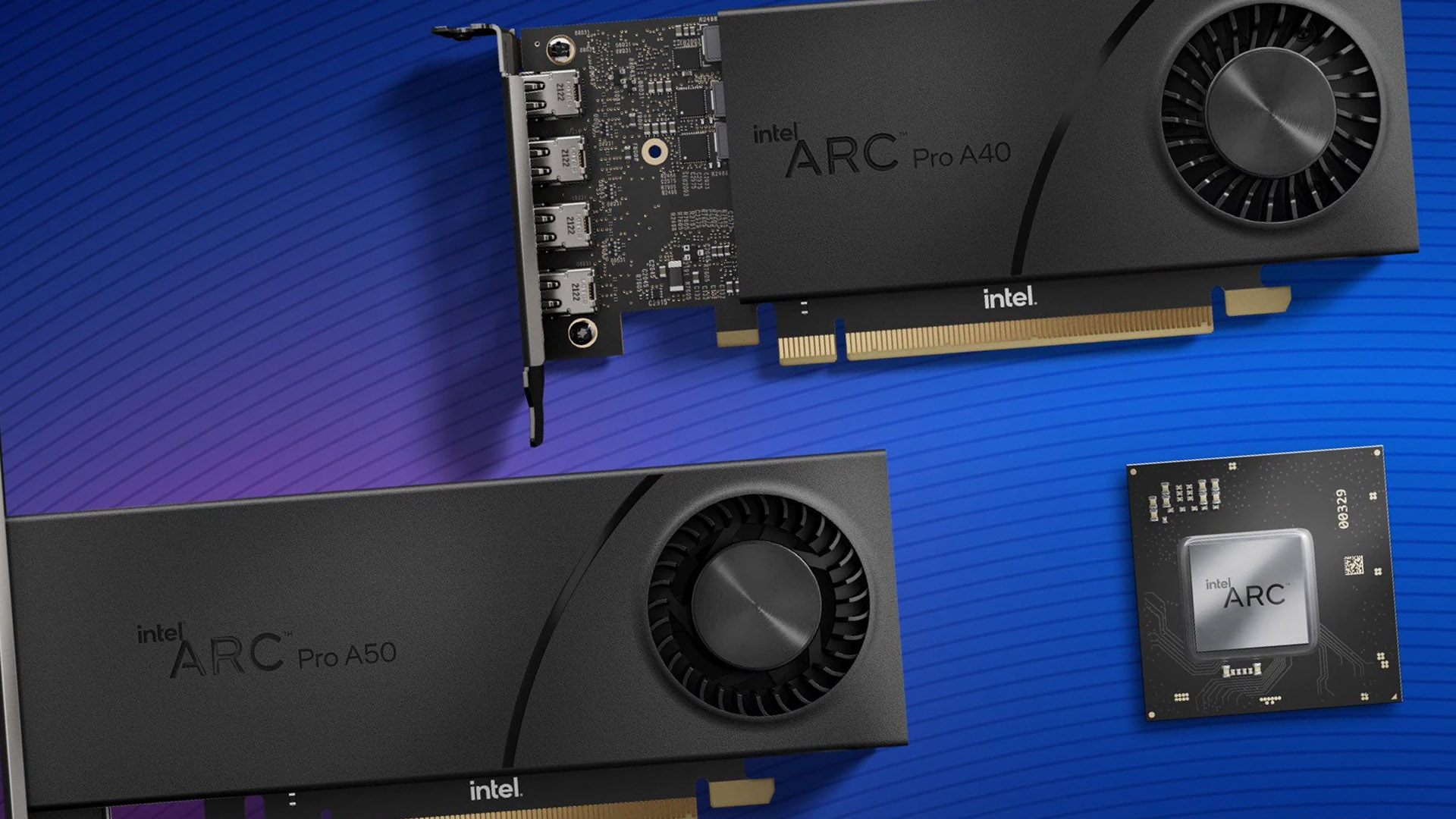 We’ve been waiting with varying degrees of patience for Intel to launch its full line of desktop GPUs in western markets. But, while that nebulous release date gets more and more fuzzy, the company has announced its first entries in the Arc Pro series. These are workstation cards intended for industrial applications, analogous to Nvidia’s RTX-A series or AMD’s Radeon Pro. The Arc Pro line includes two discrete desktop GPUs and a laptop graphics card.

The Arc Pro A40 is the smaller of the two desktop cards, a single-slot design with 6GB of GDDR6 memory, eight Xe ray tracing cores, and a peak performance rating of 3.5 teraflops. Its peak power draw is just 50 watts. (For comparison, an RTX 3070 draws about 200 watts). The Arc Pro A50 has more or less identical specifications in a dual-slot design, with improved cooling and 75 watts of power draw. Both use four mini-DisplayPort 1.4 ports with a maximum resolution output of double 8K at 60Hz or a single 5120×1440 monitor at an impressive 240Hz.

The laptop GPU is the Arc Pro A30M, with a slightly chastened 4GB of video memory and a slower memory interface, 64 bits versus 96 on the desktop cards. Capabilities are otherwise similar with a peak power draw of 50 watts and output ports dependent upon the mobile workstation design.

Based on the images and specifications, both desktop cards should be able to draw power from the motherboard alone, no dedicated PSU rails necessary. That means that they’re suitable for supplementary graphics only, not the real number-crunching you might expect from, say, a high-end video production or 3D rendering rig. That said, the Arc GPU series’ impressive AV1 video encoding might be worth the upgrade for plenty of users.

Intel says that the Arc Pro cards will be available from its manufacturing partners “later this year.” There’s still no hard date on when consumer-level desktop Arc GPUs will launch.

How to delete contacts on an iPhone