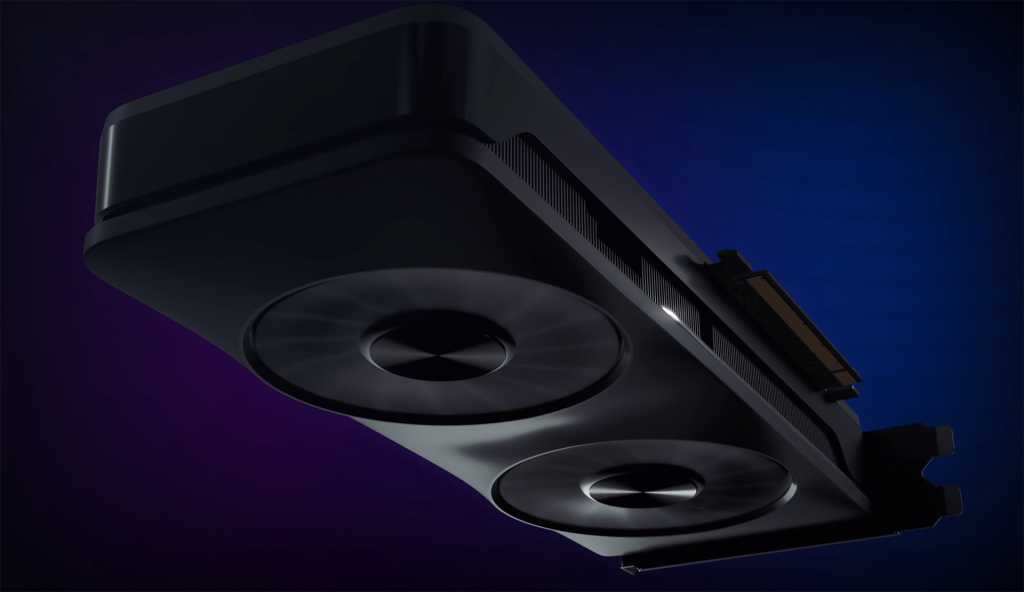 We’re patiently waiting (because we don’t have any other choice) for Intel to release its Arc discrete consumer desktop graphics cards for most of the worldwide market. In the meantime, the company continues to try to set expectations ahead of launch with a series of performance measuring videos and media appearances. The latest is encouraging: it shows the midrange Intel Arc A750 graphics card competing head-to-head with Nvidia’s RTX 3060 and coming out slightly ahead across 48 selected games.

But Intel is playing to its strengths in the testing, by running tests only on games that offer functionality with the more advanced DirectX 12 and Vulkan graphics APIs. These more modern and generalized standards have proven more cooperative with Intel’s Arc cards, both in terms of the company’s Xe HPG graphics architecture and its drivers. The latter is the area in which Intel is far behind the duopoly, and it’s admitted as much. Intel isn’t showing off performance with the far more commonly used DirectX 11. This is consistent with what Intel has already said.

In a series of tests using both recent and enduringly popular AAA PC games using DirectX 12, like Fortnite, Hitman 3, Assassin’s Creed: Valhalla, Warframe, Tiny Tina’s Wonderlands, Forza Horizon 5, Redout 2, and World of Warcraft, the Arc A750 stayed within competitive range of the RTX 3060 and even beat it in several titles. In Vulkan-equipped titles like DOOM Eternal and Wolfenstein: Younglood, the results were similar. Here’s a full list of the DirectX 12 tests:

Recall that Intel is breaking down its game support into three tiers of titles, roughly: runs great, runs well, and runs like a three-legged dog on valium. (Paraphrasing, of course.) The company has been surprisingly frank about how it’ll lag behind Nvidia and AMD for a lot of games reliant on DirectX 11 for the first generation of cards, and says that the pricing of its cards will be based on the performance for the lowest tier of games that it tests (even with Arc’s world’s first AV1 GPU encoder kicking butt and taking names).

That should mean that cards like the Arc A750 are priced to compete with cards a step or two below its peak performance level, i.e. the RTX 3050 or RX 6600. Whether or not that will actually be the case will have to wait for the retail launch, which Intel previously indicated should be sometime later this year.

The best Samsung Galaxy Z Flip 4 cases you can buy