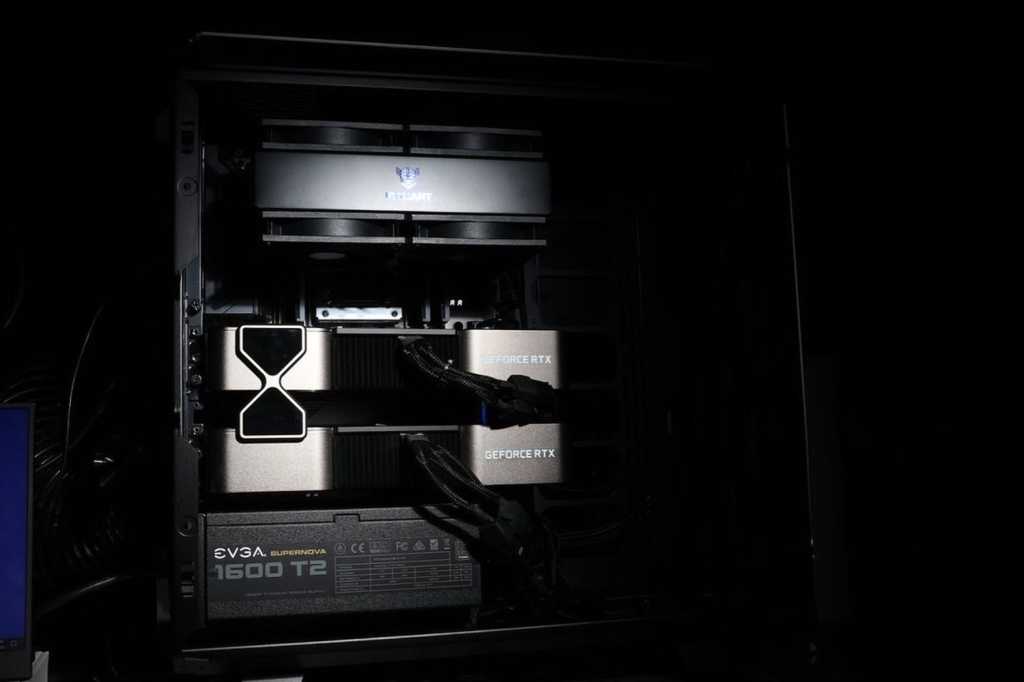 The high-end desktop isn’t what it used to be. The market for fully loaded, enthusiast-class HEDT CPUs and motherboards has changed drastically during the last several years, stagnating in a way that has left an unaddressed gap in performance.

Ultra-expensive systems using platforms such as Intel’s X99 and AMD’s Threadripper were once the stuff of dreams, akin to having a Lamborghini poster on your wall. Did you want an “Extreme” 10-core CPU? Intel had you covered with the $2000 Core i7 6950X. If that wasn’t enough,18 cores arrived quickly, followed by the juggernaut AMD Threadripper CPUs packing as many as 64 cores.

The HEDT market encompassed both high-end gamers and workstation professionals who didn’t need server level hardware, but still required advanced features and serious processing power. They’ve since all but disappeared with the rise of potent high-core mainstream CPUs from both Intel and AMD. Let’s discuss how mainstream and HEDT chips truly stack up, and how the feature set of high-end motherboards differs on these platforms.

The slow death of HEDT CPUs

Recently, boutique workstation builder Puget Systems posted an excellent article on this very subject. They have tons of sales data to back up their findings, showing the stark drop-off in sales for both Intel Core X CPUs and AMD’s Threadripper.

Aside from cited problems with supply, such as AMD’s Threadripper disappearing completely in May, the drop off certainly coincides with mainstream CPU releases from both AMD and Intel that pack a powerful multicore punch for much less cost.

The pandemic effect is also apparent here: With high demand and limited capability, it makes sense for both Intel and AMD to focus on the bigger markets and fulfill that demand. The Xeon and Epyc server chips that usually serve as the incubation ground for HEDT lineups (which use cut-down server CPUs) are certainly vast, in-demand markets right now, sadly leaving the previous HEDT Core X and Threadripper lineups to wither in the current atmosphere. The rest of the attention goes towards the heavier adoption in Intel and AMD’s mainstream platforms.

AMD gets the credit for starting the strangulation of HEDT chips. With the introduction of its Ryzen series of CPUs five years ago, the company began releasing ultra-high-core-count CPUs for mainstream motherboards, blossoming into truly beastly CPUs like the Ryzen 9 3950X and Ryzen 9 5950X, both with 16 cores and 32 threads. These were able to challenge Intel’s aging Core i9-10980XE, an 18-core offering on Intel’s aging X299 HEDT platform, at less than half the price.

In fact, minimal improvements for X299 spelled the beginning of the end for Intel’s recent HEDT ambitions. The Core 7980XE, 9980XE, and 10980XE were disappointingly minimal upgrades year over year. They quickly became outclassed by the mainstream Ryzen platform and absolutely demolished by AMD’s Threadripper HEDT chips in performance.

Alas, even the mighty Threadripper has seen its usefulness wane to some extent thanks to powerful mainstream CPUs. Intel’s ferocious Core i9-12900K is a highly performant CPU in both single-core workloads such as gaming as well as the multithreaded workloads that were once the bread and butter of HEDT systems. The same can be said of AMD’s Ryzen 9 5950X, which is one of the best-rounded CPUs on the market.

Thus, with limited demand and offerings on HEDT platforms, most enthusiasts jumped ship to the mainstream, including many professionals.

Motherboards and vital features on HEDT

The mainstream Core i9-12900K blows away past HEDT CPUs

We’ve established that mainstream CPUs have caught up to a large part of HEDT offerings for most users. (Though enthusiasts with 32 cores and above are still relatively safe—for now.) As far back as Intel’s X99, gamers still viewed the HEDT platform as the ultimate gaming build, even if it was overkill versus available mainstream chips such as the Core i7-7700k. This has dramatically changed, fully removing gamers from HEDT and leaving only professional users with specific overhead needs.

Now we delve into the meat and potatoes of this hearty meal: HEDT motherboards and feature sets that they pack. Has the mainstream really caught up with this side of the coin, too? Nope, and this is where the slow death of HEDT hurts the most.

While newer platforms such as Intel’s Z690 pack cutting-edge technologies like DDR5 memory and PCIe 5.0, for people who need abundant expandability, Threadripper remains highly relevant (with Threadripper Pro 5000 being the current cream of the crop here.) Intel’s X299 platform also provides a healthy offering of PCIE lanes. However, it’s fallen outdated in several other areas—network connectivity is not up to newest standards, and X299 remains on PCIE Gen 3.

If you’re a high-end enthusiast gamer, Threadripper is no longer appropriate. The PCIe lanes available on mainstream platforms are sufficient for even dual-GPU setups and plenty of NVME drives. Plus, gaming performance is inferior on Threadripper versus something like the Core i9-12900K. Only semi- and fully professional users benefit from the extra PCIe lanes in this case.

If 128GB of ram is not enough, you’ll need a high-end platform for your workloads—Threadripper supports 256GB. You’ll also have access to quad channel memory, and support for error code correction (ECC) memory. Once again, this is irrelevant for gamers, but can still prove absolutely crucial to professional users. Those users have been unfortunately left out in the current market, and will have to compromise with mainstream platforms or spend more for server-class options. 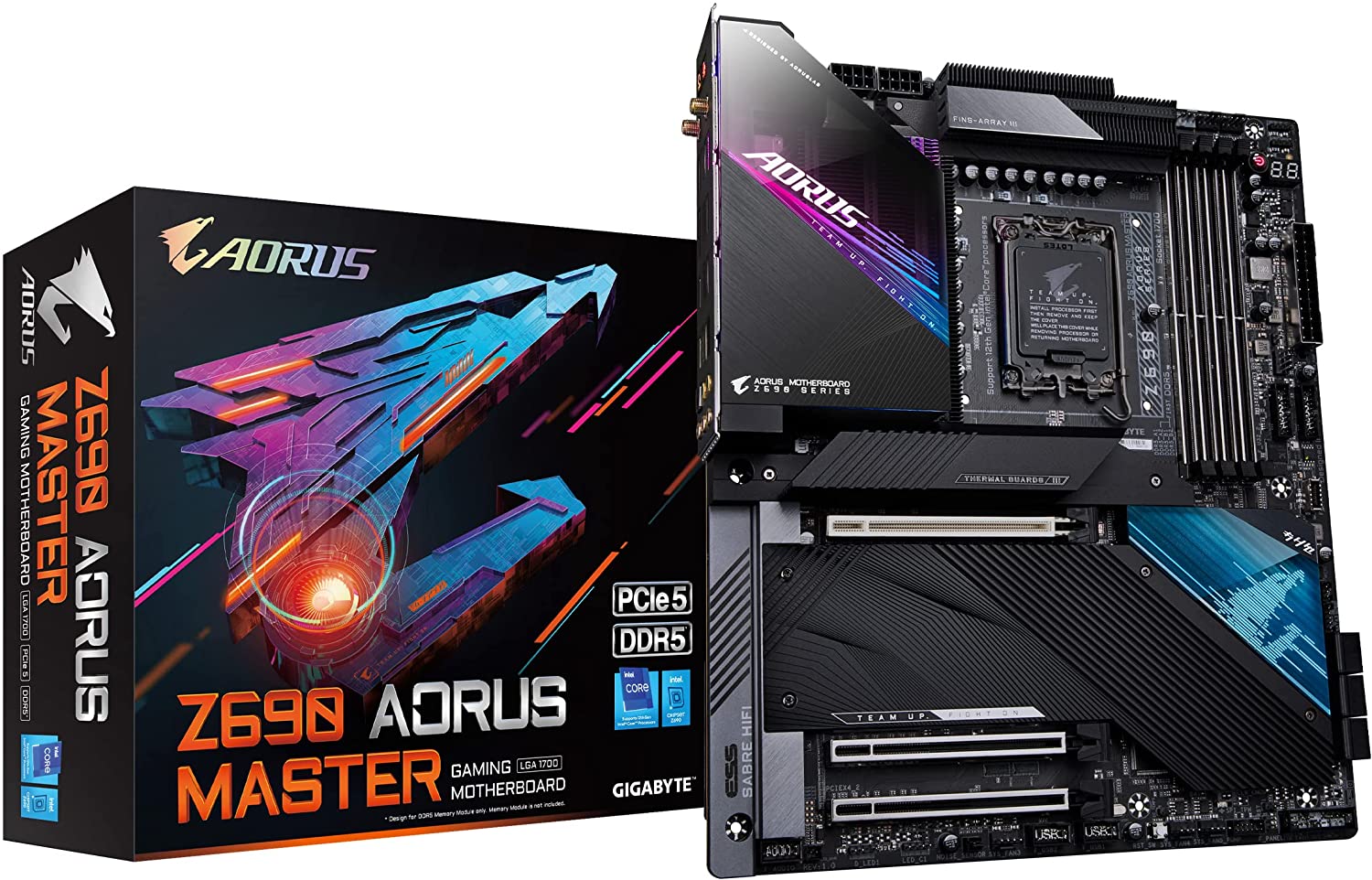 10Gbe and loads of USB ports were once the domain of HEDT motherboards, but now they’re readily available on even mid-range offerings such as the $469 Z690 Gigabyte Aorus Master (a mobo we adored). With recent releases, you’ll also get faster Wi-Fi standards and Thunderbolt 4 on many mainstream motherboards—features that are currently absent on aging HEDT offerings.

This is a major factor in the demise of the HEDT. Intel’s $2,000 6950x only offered 10 cores, and the 32-core Ryzen Threadripper 3970X costs just as much (when you can find it in stock). In comparison, AMD’s Ryzen 9 5950X can be found in today’s market for sale under $600 and keep up with many HEDT CPUs for a significant price savings. There are also many more affordable motherboard options available, helping keep overall cost down.

To prove a point, I recently tested Shadow of the Tomb Raider with Nvidia’s monstrous GeForce RTX 3090 Ti on two CPUs: A 24 core Threadripper chip, and the Core i9-12900K. At 1080p resolution, the Threadripper CPU was able to average only around 153 FPS on the highest settings. The Intel 12900K easily flew past 225 FPS. Of course, this is not an appropriate GPU or CPU setup for 1080p, but I wanted to prove a point: Gaming has no place in HEDT any longer.

How about in more multi-threaded workloads? While it is true the Threadripper will win synthetic benchmarks, many real-world workloads have switched a lot of their focus to GPU intensive tasks (take Davinci Resolve with video editing, for example). If your workflow still relies heavily on multithreaded CPUs, you’ll still need the power that HEDT offers – but this too is decreasing over time.

HEDT is simply not available in today’s market

After taking account of performance, pricing, and even benefits like PCIe lanes, one bleak fact remains: There are scarcely any HEDT options available to buy from Intel and AMD. Like, at all. Intel’s X299 CPUs and motherboards are almost impossible to find, and the same holds true for most Threadripper motherboards and CPUs. Even Puget Systems, a professional systems integrator, indicates that they can’t buy Threadripper products from distributors, though AMD recently opened up Threadripper 5000 Pro stock to more system builders.

Intel and AMD apparently got the message. All of the coolest high-end, enthusiast-level hardware simply is geared towards the much larger mainstream market of X570 and Z690. This satisfies 99 percent of users, leaving only the niche use cases that truly need the PCIe and memory headroom to seek out these venerable unicorn platforms. Pandemic supply chain woes certainly put a damper on any new releases, such as Threadripper’s supposed 5000-series DIY CPUs failing to materialize after briefly being rumored.

Don’t forget that truly workstation and server class products exist for specific use cases that can never be replaced by mainstream CPUs. These are the Intel Xeon and AMD Epyc lineups that provide tremendous core counts, advanced memory support, and overall performance that make sense in a highly specialized environment, and not for the typical high-end enthusiast. These also pack a much higher price premium for entry, leaving out many of the enthusiasts and “prosumers” who could make use of these features. This is where HEDT is missed the most.

Will the future change? Potentially. AMD’s newly announced Ryzen 7000-series CPUs will likely prove to make HEDT’s comeback even harder. With even more features and performance packed into Ryzen 7000, it will further limit those who need HEDT platforms to perform their work. AMD already tipped its hand; when it released Threadripper 5000 Pro to more PC builders, the company also confirmed that non-Pro Threadripper chips are going the way of the dodo, leaving consumers wanting to build high-powered machines in a lurch.

There is still room for HEDT, though. Even Ryzen 7000 won’t necessarily answer all of the needs of this increasingly niche group. Demands for more robust PCIe lanes, memory support, and higher core counts still leave some users in a middle ground. Hopefully, eventual next-generation Intel and AMD HEDT platforms can scratch those itches. Gamers, however, are now squarely in the realm of mainstream offerings—and that’s unlikely to change.

Editor’s note: This article originally published on June 3, 2022, but was updated to include video and mention of wider Threadripper Pro availability.

Who needs a Nothing Phone 1 when you can turn your existing phone into one?