Skip to content
Posted inTech Support Tips
Posted by By TechSavvy ZoeSquad May 10, 2022 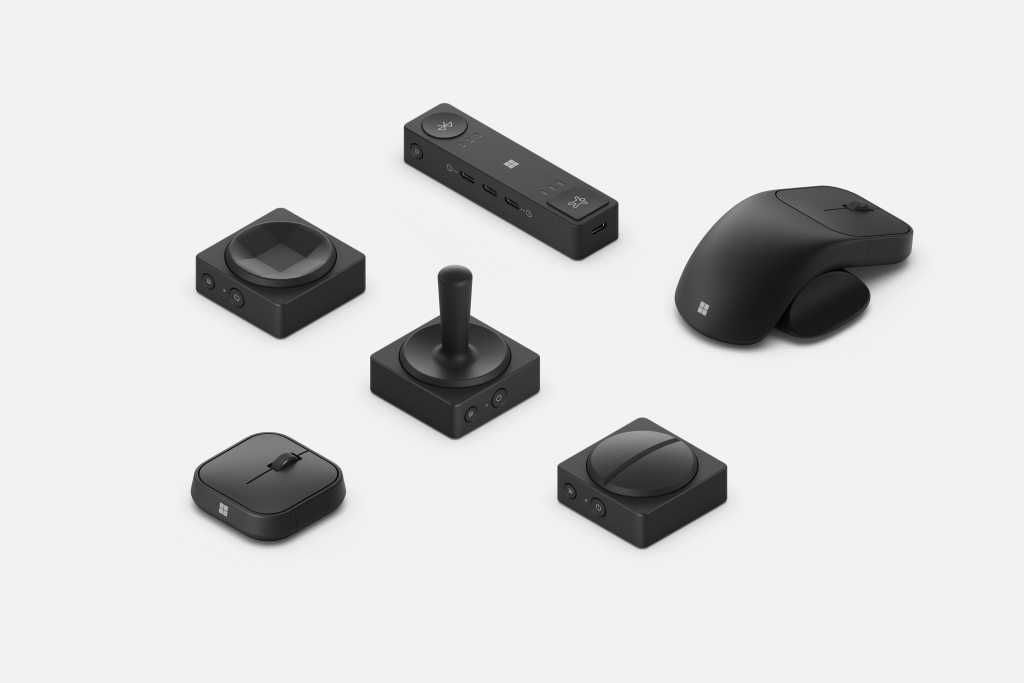 The three PC peripherals were introduced at Microsoft’s Ability Summit, which showcases and elevates the ways the company is trying to make its technologies more accessible for those with disabilities. But what’s so fascinating about the new peripherals is that they can be universally beneficial to a variety of users. For instance, the Adaptive Mouse is actually modular, so that it can be swapped between right-handed and left-handed users simply by switching the thumb support.

All three peripherals will be released later this year for an as-yet-undisclosed price, Microsoft said.

Like many Microsoft hardware designs, the new peripherals build on work Microsoft engineers have performed previously. In 2018, Microsoft debuted the Xbox Adaptive Controller at that year’s E3. The peripheral featured large, accessible buttons, as well as 20 3.5mm jacks on the rear of the device for users to plug in third-party accessibility controls. Last year, Microsoft announced the Surface Adaptive Kit alongside its Surface Pro 8. The Kit included keycap labels and stickers to highlight keyboard commands and indicate ports—useful for all users, not just those with disabilities.

In a demonstration in advance of the Ability Summit, Microsoft’s Gabi Michel, director of accessible accessories, showed how the Microsoft Adaptive Mouse is really just the “front” of a typical mouse, with a squarish shape, two buttons, and a mouse wheel. The back is more of a structural addition, known as a “tail.” At the bottom of the mouse is a small “eject” button that allows the back to come off.

Essentially, this allows the Adaptive Mouse to be clipped into any number of custom frames, i.e. “tails”—even those that a user can 3D print. The thumb support itself can be swapped to either side, providing the ergonomic benefits of a right-handed or left-handed mouse, but the flexibility of an ambidextrous device.

“When we developed and launched the adaptive controller…all of those learnings, all of that interface with the community continued even after launch,” Michel said. “Over that time, we continued to listen to the community. And that all influenced what has become the new adaptive accessories for Microsoft: the mouse, the hub, and the buttons.”

The Microsoft Adaptive Hub serves as a control box of sorts, connecting wirelessly via Bluetooth to up to four Adaptive Buttons as well as standard 3.5mm assistive tech switches, Microsoft said.

The Microsoft Adaptive Button is as intriguing as the Microsoft Adaptive Mouse, or even more so. While it looks like nothing more than a giant button, it’s actually a control that can rock into one of eight directions. Those digital inputs can be used for multiple functions, as eight discrete inputs. Naturally, each input can be programmed for something as simple as a keyboard shortcut or as complex as a long macro.

The Button controller can also be “replaced” with a custom “topper,” too. Toppers can include, say, a traditional or custom joystick or a two-button input, executives said.

Microsoft’s Ability Summit will also show some of the improvements that Microsoft has made to its software and operating system, including Narrator, Focus Sessions, and the newly introduced Live Captions feature. The latter capability, currently part of the Windows Insider Program, expands on the live captioning found within Microsoft Teams, YouTube, and elsewhere on the web, and applies it within Windows to videos that users have stored on a hard drive.

The Microsoft Edge browser, for its part, was designed with Immersive Reader to eliminate distractions and a read-aloud feature; in February, Microsoft added the capability for Edge to auto-suggest alt-text captions describing images found on a web page.

Still, it’s the new Adaptive Mouse, Hub, and Buttons that are most intriguing. If a one-touch peripheral that can be used as a shortcut to various macros appeals to you, then Microsoft’s new Adaptive hardware is worth keeping tabs on.