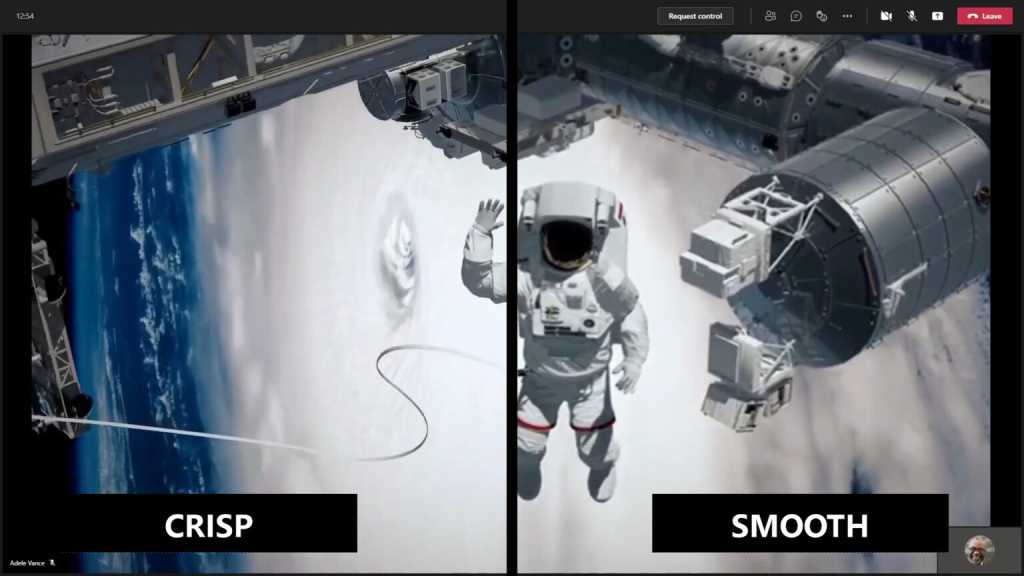 The continued use of AI to improve conversations in Microsoft Teams is delivering improvements across several areas, the company said Monday. Here’s an important one: You might not need your computer headset any more.

Microsoft began work in this area years ago, adding the capability to help filter out background noise from other conversations, dogs barking, and so on. On Monday, the Teams team outlined several other improvements in both voice and video that are being rolled out.

For one, Microsoft said that it’s been able to achieve better performance during Teams calls where users aren’t using a headset. Mics and speakers are often placed close to one another on a laptop, and they could easily create a feedback loop as incoming audio from a speaker was received from a mic and then rebroadcast — that’s why headsets are used today. Microsoft said that it’s been able to eliminate that feedback through echo cancellation, eliminating the need for a headset. It also uses what it knows of the room you’re sitting in to improve the audio quality, too. This subtle “de-reverberation” should help to make background echoes a thing of the past, Microsoft said.

To be fair, Microsoft didn’t explicitly claim that the computer headset is dead. But by trumpeting many of its new audio improvements, it certainly undercuts the argument that you should spend an additional $40 to $100 or so just to make your voice clearer on video calls.

Video, too, has improved. Teams now offers a feature to auto-adjust your webcam’s lighting to help you look better in a Teams meeting. Teams will also add a “soft” focus when it thinks it will make you look better, too. Finally, Teams has also implemented a new feature to optimize the content you’re sharing, so that video will stream smoothly and still images will offer crisper detail.

Microsoft has also implemented other AI-driven features in the past, such as an AI-driven Eye Contact feature that creates the appearance that you’re gazing attentively at the person you’re talking to. Microsoft sometimes tests out these features on specific devices; for example, Eye Contact was originally launched as a feature specific to the Surface Pro X. In April, Microsoft released a feature for the Surface Laptop Studio called Voice Clarity, which automatically adjusts the volume of your captured voice if you turn away from the mic or walk around the room. You can watch a Microsoft video showcasing Voice Clarity below.

How to turn off and restart your iPhone 13