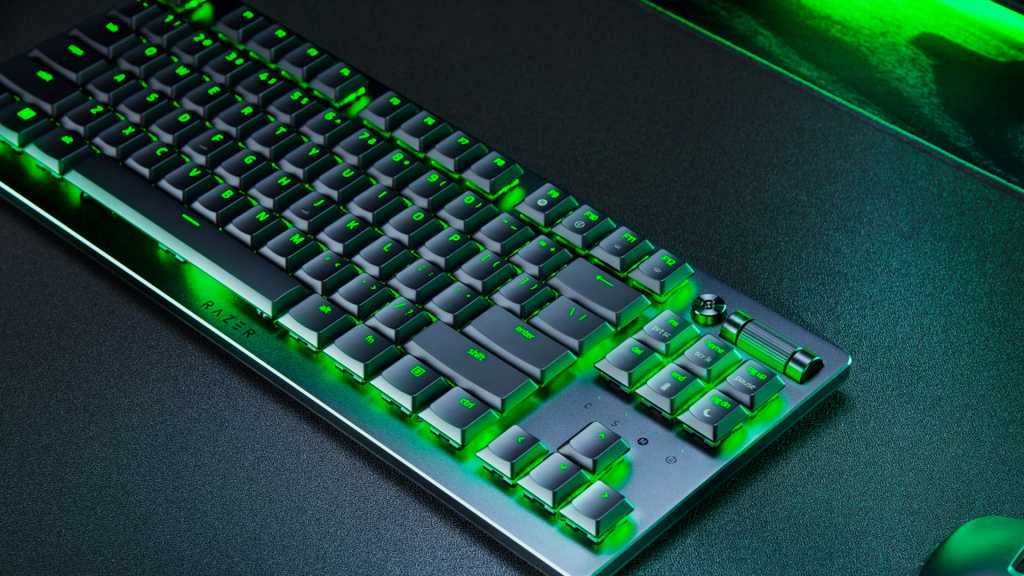 The “Deathstalker” name is a one with a bit of history at Razer. The ridiculous moniker (yes, it’s a kind of scorpion, that doesn’t make it any less goofy) was previously applied to a lower-profile, midrange board, back before the entire market was taken over by mechanical switches. The new Razer Deathstalker is still low-profile, but it’s also packing wireless powers at a pretty high price tag.

The Deathstalker comes in three new variants: the standard “V2,” a wired version with a full 108-key layout, the Deathstalker V2 Pro, the same board with Razer’s high-speed RF/Bluetooth combo, and the Deathstalker V2 Pro Tenkeyless, a more compact layout of the same wireless design. The most notable feature of all three is a new low-profile mechanical optical switch. That means that, like the much larger Huntsman series, keystrokes are registered by breaking a beam of light rather than contacts physically closing an electrical circuit.

Razer says that the new switches are faster than ever thanks to a shortened 2.8mm key travel. This also eliminates any kind of bounce delay. Both the linear red and clicky purple switches are “Razer branded,” but I’m betting that they’re being supplied by Gateron since similar optical switches are available in some low-profile Keychron designs.

The result is an undeniably appealing board design, with the top surface dedicated to a standard layout and a nice volume scroll wheel and mute button in the upper-right corner. The whole thing is just one inch tall, not counting the expandable feet. Wireless versions get a detachable USB-C charging port and dedicated buttons for up to three paired devices, using either Bluetooth or the included 2.4GHz USB dongle.

Of course, since this is a Razer design, each key is lit by an individual LED and the whole kit and kaboodle is programmable via the Synapse and Cortex tools. Razer claims up to 50.5 hours of battery life at 50% brightness — that jumps to 201. 4 hours if you turn the lights off.

The full-sized, wireless Deathstalker V2 Pro is on sale today at a whopping $250. (It’s tied with the Huntsman V2 Analog for Razer’s most expensive board). The tenkeyless version and wired model will come sometime in the third quarter, at $220 and $200, respectively.

How to change your profile banner on Discord