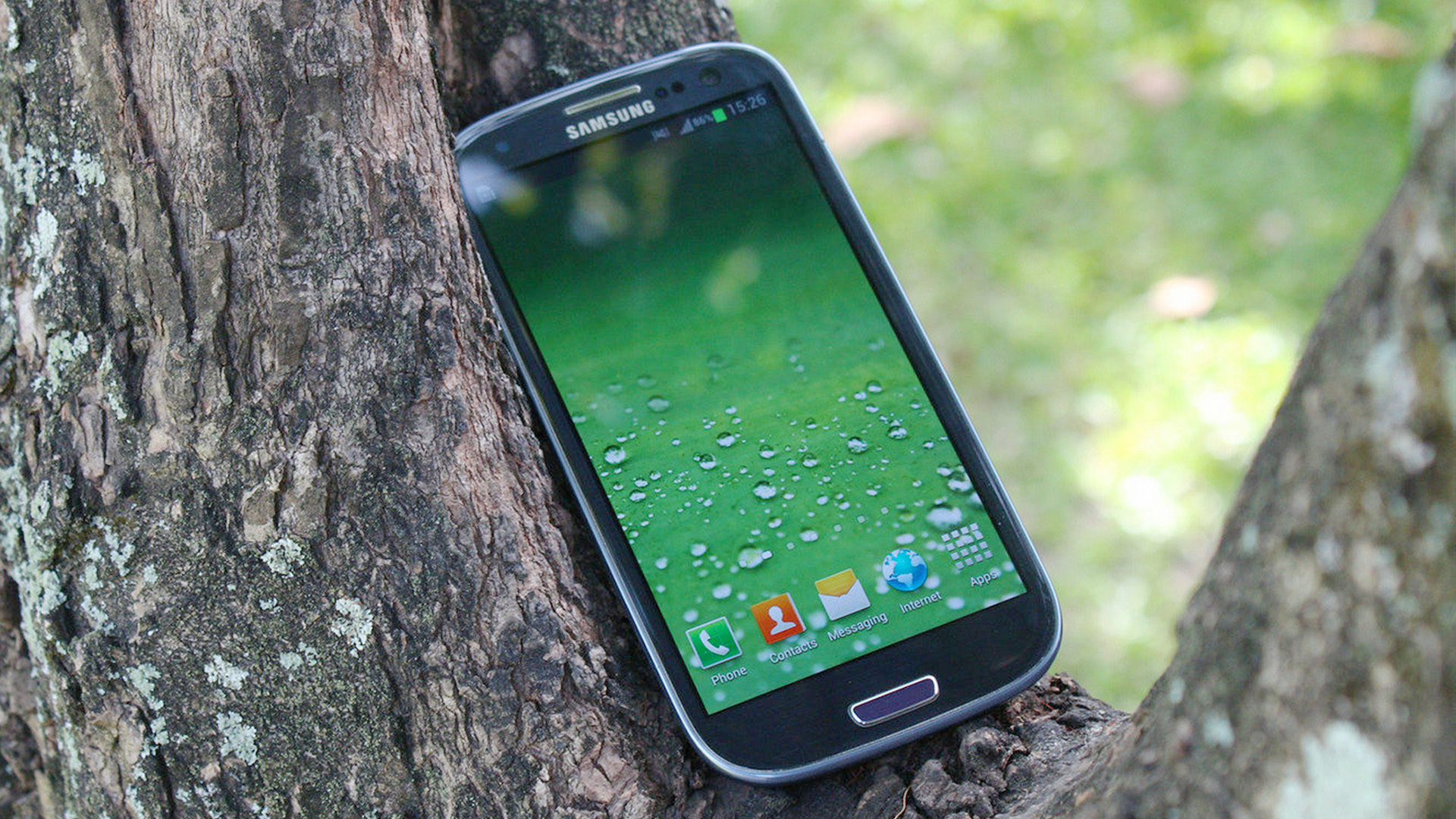 The year is 2012. Nokia is still on top of the smartphone world, but Apple is knocking on its door. Ice Cream Sandwich and its Holo design aesthetic have been making their (slow) way to some Android phones. The Android Market has just been rebranded to Google Play. 720p displays are hot, quad-core processors are at the bleeding edge, and a phone with a 5.3″ display is considered a “phablet.”

The year is 2012 and Samsung is rising like a rocket in the mobile market by perfecting a strategy it established two years prior with the first Galaxy S phone. It’s building a flagship line that competes with Apple, runs Google’s platform and application store, offers the best specifications, and is available in as many countries and on as many carriers as possible like Nokia once was. After the decent success of the Galaxy S and the incredible rise of the Galaxy S2 which firmly established Samsung as a worldwide contender and not a one-hit-wonder, the Galaxy S3 had big shoes to fill when it launched on May 29, 2012. Ten whole years ago.

Get up to 29% off Bose true wireless earbuds, including ones with ANC