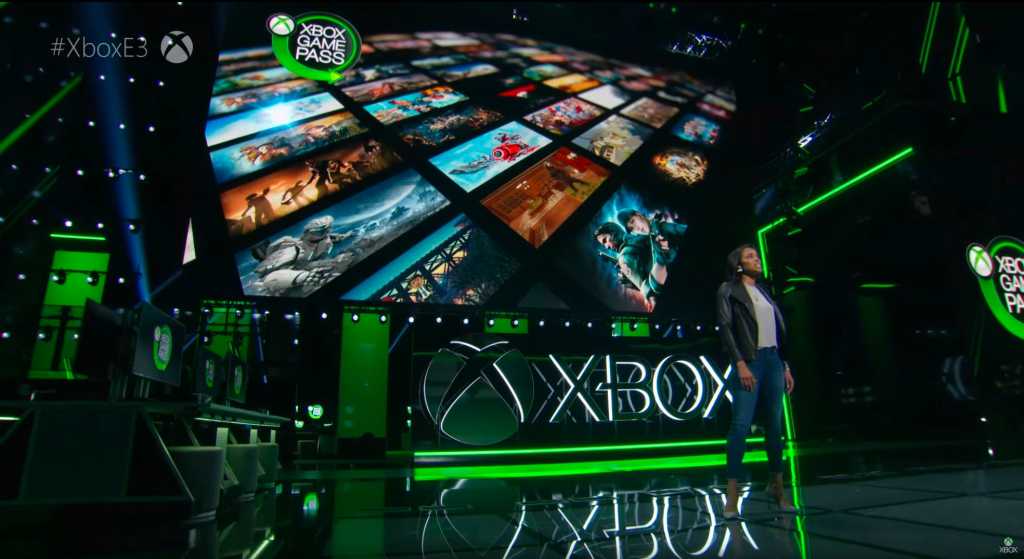 When you activate Microsoft’s promotion, it not only begins the trial, but also converts existing Xbox Live Gold and standard Xbox Game Pass subscriptions on your account to Game Pass Ultimate (normally $15 per month) at a 1:1 rate. Any prepaid time up to the maximum of three years gets the upgrade.

Looking to load up on Xbox Live Gold at a discount? Keep an eye out for sales at Newegg. For a while it was dropping the price of a 1-year subscription to $50Remove non-product link USD about every two to three weeks—though the last time was in early June. (You can set a deal alert for “xbox live” at Slickdeals.net for an email or push notification of future deals.) The next best retail price is Amazon at $55 USD.

Pretty sweet, right? Multiplatform gamers obviously gain quite a bit from this deal, as Game Pass Ultimate bundles together Xbox Live Gold, Xbox Game Pass, and Xbox Game Pass for PC. You’ll get unlimited access to a full range of titles across platforms, including upcoming Halo, Gears of War, and other Microsoft first-party game releases on PC.

But even gamers who play exclusively on PC benefit: Though Xbox Game Pass for PC only initially cost $5 per month, that price lasted only through the beta period, which ended September 16, 2020.

Loading up an account with three years of Xbox Live Gold ($180) and then converting it to Game Pass Ultimate for an additional $1 essentially locks in that $5-per-month rate for three years, which outlives the beta period pricing by a long shot. (You should be able to do this conversion trick if you participated in the Xbox Game Pass for PC beta.) Afterward, you can still convert Xbox Live Gold and Xbox Game Pass memberships to Game Pass Ultimate, but at a pro-rated amount.

Read on for a step-by-step guide of how to secure this deal, which includes tips on how to maximize your savings.

Talk is swirling that Microsoft may eliminate Xbox Live Gold, which would kill this deal hack. A report from Brad Sams (of Thurrott.com) claims that the company is seeking to make Xbox Game Pass Ultimate (and its $15-per-month rate) the base-level plan. You can hear the details from Sams himself in this YouTube video, in which he also suggests that the death of Gold could happen when Microsoft’s acquisition of Activision Blizzard closes in 2023, if approved by U.S. regulators.

The most basic description of what you’ll do is this:

However, you can run into a few pitfalls during this process—especially if you’re going for the maximum of three years. The detailed instructions below will help you avoid those mistakes.

Note: Microsoft discontinued selling 12-month Xbox Live Gold subscriptions on its website during the summer of 2020, but third-party retailers (like Amazon, Newegg, Target, etc) still sell them for now.

Add time in the largest increments possible—a 12-month code for Gold works out much cheaper per month than the one-month, three-month, and six-month varieties. When purchasing codes, always remember that Microsoft’s servers won’t let you redeem a code for a duration that exceeds the 36-month cap. (Example: You’re at 34 months, but attempt to redeem a three-month code. The servers will not let you activate it.) Short multi-day trial codes for Xbox Live Gold won’t work for this promotion, like those for three days or two weeks.

WARNING: If you buy three 1-year subscriptions, do not turn on recurring billing while redeeming the codes. Any extra freebie months you get for doing so will make it impossible to redeem the final code.

Activate your Xbox Live Gold codes. Again, as your final reminder, if you have three 1-year subscription codes for Xbox Live, do not agree to recurring billing in order to redeem your final code.

If you are using a patchwork of different codes, triple-check your math to be sure you know how many times (if any) you need to agree to recurring billing.

OOPS: Did you have three 1-year XBL Gold codes and accidentally make it impossible to redeem that final code? You can wait a month or two, then redeem code #3 and convert. Or you can wait to activate it after you upgrade to Game Pass Ultimate—you’ll be able to redeem it on a pro-rated basis to extend your Ultimate subscription.

Activate the $1 Xbox Game Pass Ultimate trial. (You can also do so via the Store on an Xbox console.)

You will have two screens to pass through. The first, shown at right, explains how the conversion works if you already have an active Xbox Live Gold or Xbox Game Pass subscription. (Which you should, if you followed Step 2’s instructions.)

The second that follows will ask for billing information, in order to process the $1 charge for the one-month Game Pass Ultimate trial.

You should now see “Xbox Game Pass Ultimate” listed under Services and Subscriptions on your Microsoft account page. By default, your Game Pass Ultimate subscription will be set to recurring billing. We suggest you turn this off, lest you be taken by surprise when your subscription expires (especially if that’s three years from now). You can do so by clicking on “Manage” just to the right of the billing information.

Outside of that, you’re set to go. Happy gaming!

Editor’s note: This article originally published in August 2019 but has been since updated to keep it current. Recent updates includes new info on discounted Gold codes, plus news about possible product and price changes related to Xbox Live Gold and Game Pass Ultimate. Our tutorial video was also added.

How to get new characters in Genshin Impact